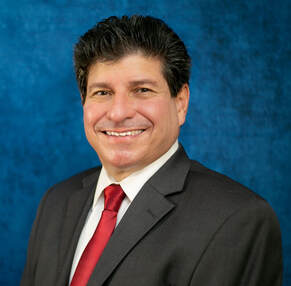 ​For many years prior to establishing Peelian Consulting, Arnie began as a rental property owner and developer specializing in purchasing properties in areas plagued by gangs, narcotics and other community challenges.

Then, collaborating with community crime prevention partners including law enforcement, school safe passage programs, neighborhood and business watch organizations and gang intervention, he strives to improve the quality of life in communities as a process. This process also improves property values, while at the same time, reduces displacement due to gentrification by uplifting a community. ​
Volunteering with Los Angeles Police Department and as a Director with the Los Angeles South Chamber of Commerce he provides forums for community members throughout the city and elsewhere on how to control crime and nuisance.

As a rental property owner, he has installed a network of over 130 CCTV cameras on his properties in LAPD South Bureau. Able to monitor almost four miles of streets these cameras have been used by LAPD in hundreds of crimes including 27 homicides.

As a Specialist Volunteer, he has worked with various LAPD Divisions including South Bureau’s Criminal Gang and Homicide Division identifying and analyzing CCTV data after incidents.

Arnie & his wife Debbie live in Los Angeles. She is a retired Clinical Director at UCLA Health and is involved in reimagining healthcare and telehealth beyond video conferencing.

​​The Peelian principles summarize the ideas of Sir Robert Peel, Prime Minister of the United Kingdom, that define an ethical police force.
"THE PUBLIC IS RESPOSIBLE FOR ITS OWN SAFETY AND SECURITY. THE POLICE ARE RESPONSIBLE PRIMARILY FOR THE PHYSICAL ENFORCEMENT DEPENDENT UPON PUBLIC APPROVAL OF POLICE ACTIONS." - SIR ROBERT PEEL​
The 9 Principles